After college, Jim passed the CPA exam and pursued a career as a financial executive. Though he grew up in the church, Jim was not a believer until he was 28. That part of his life intersected with his business life in 1991 when he thought he might be called to the pastorate. This came at a time when he was at a very high level in a major financial services company. After an intense spiritual period in his life, Jim realized that was not where God was calling him. Seven months later through a corporate buyout and a series of providentially inspired events, Jim moved from the corporate world to giving development for churches and ministry organizations.

Jim is a student of generosity and is passionate about spreading it throughout the Church. For the last 27+ years, he has devoted his life to coaching pastors especially in navigating the resource limitations that restrict their ministry potential. Jim understands the financial challenges that churches face today; annual giving, debt, capital projects, and planned giving. He is a positive force in bridging these needs with the power of spiritually motivated stewardship. Cumulatively, Jim has partnered with his clients to raise over $1.7 billion for local church ministry. Jim is a frequent writer and speaker on generosity and ministry funding. He is co-author of Contagious Generosity: Creating A Culture Of Giving In Your Church.

Jim and his wife, Nancy, live in the Atlanta, GA area and they have two married daughters. He is actively involved in his church where he serves as an elder and provides guidance to the Generosity Ministry Team.

Giving Data is pretty amazing but it can also be a little daunting to interpret. It’s also a challenge to know exactly what actions to take in response. Some leaders love the challenge of figuring it out on their own. Most would really appreciate an experienced guide who can take the mystery out of the information and share specific recommendations that will increase the overall culture of generosity in their church.

From time to time, it can be extremely helpful to analyze the habits of your overall giving climate to see what is currently working as well as where opportunities for a culture of generosity to increase might exist.

The Generosity Assessment is a one-day experience that provides a thorough assessment of your church’s effectiveness and reveals new opportunities for creating a culture of generosity. Think of it like an x-ray into the giving perspective of the church.

A Time To Be Profoundly Grateful

It was a year that no one saw coming and it was fraught with challenges around every corner, yet your givers showed up and moved your ministry forward. Expressing profound gratitude for their extreme faithfulness is the right thing to do.

The COVID-19 pandemic has changed our world as we know it. With many churches looking at an uncertain future with an uncertain budget, this resource will lay out the steps you need to take to help your church navigate 2020 and beyond.

This resource will help you understand how data can increase your ministry opportunities, clarify the big rocks you need to pay attention to with respect to security and privacy, and is designed to equip your church to confidently begin your data journey.

Most churches have a God-sized vision, but are left paralyzed wondering how to fund the vision. If you are leading a church that feels stuck in the area of giving and generosity, this eBook will provide practical steps that you can implement into the life of your church in order to accelerate giving.

This resource was designed to help you engage the heart of your first-time givers and create a strategy to help them become second-time givers.

This resource will help your ministry discover ways to engage a less engaged churchgoer.

What if you could use this moment this precious 90 seconds to stir the hearts of your givers and galvanize a life of generosity We create this resource for that very reason!</p

This guide was designed to transfer the knowledge Generis has gained through 13,500+ successful Capital Campaigns since 1989.</p 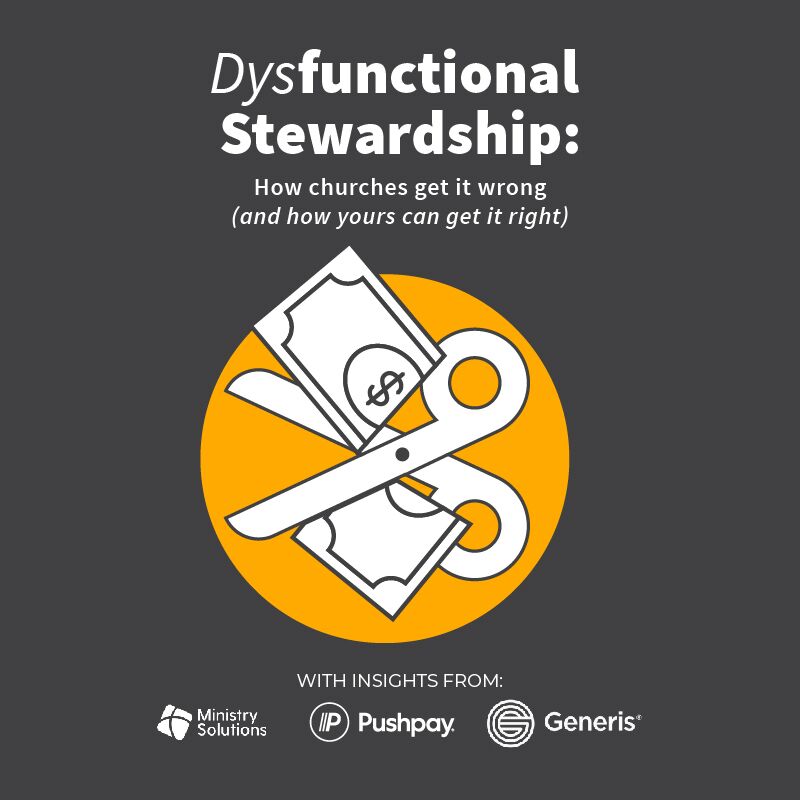