So you are thinking about doing a Capital Campaign… 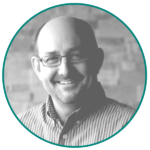 “Generis knows how to cultivate a culture of generosity in churches. That culture continues to grow in my church! Thanks Generis!”
~ Pastor Dale DeNeal, Second Church

Most pastors go into ministry with the vision of teaching God’s Word and loving His people. It can be a tough reality to be immediately faced with lengthy discussions about parking spaces, building capacity, or raising money. And if you went to Seminary, you didn’t take any classes on how to collect an effective offering or run a Capital Campaign.

The topic of giving and money in church can be daunting. It almost always brings up negative emotions—not just in you, but the congregation, as well. It doesn’t have to be that way. Maybe your church is be growing faster than you’ve been able to keep up, and you desperately need funding to hire more staff and to expand along with space and equipment. Maybe you’ve been paying off a debt on your building and you need something to supplement the rest of the way to get you to the finish line allowing you to move on to greater opportunities.

Whatever the reason, it can be daunting to think about raising money for your dreams. But the truth is that while vision always exceeds finances, the finances to support your vision are within your grasp. And we can help you reach them.

If you have a God-given vision for your church, the good news is that you have a heart to reach your community. You aren’t afraid to dream big dreams. God created us with creative imaginations to hold those big dreams. But it’s going to take other people to support that vision.

With Generis, you’re not alone. We can help you rethink your current reality and find success in your goals.

THROUGHOUT THE PAST 26 YEARS, WE’VE WORKED WITH OVER 3,100 CHURCHES,

Partnering to give them tools and practices to have their best results. Our goal is to combine Biblical principles of financial stewardship with your vision in order to achieve the goals you have for your church.

CAN WE DO A CAMPAIGN OURSELVES?

It is possible. But we’ve learned that most churches do not have the manpower or time to maintain traditional responsibilities in leading a church as well as running a campaign on top of those duties. Instead of trying to split your already depleted energies between two huge responsibilities, it can be much more effective to have us come alongside you and assist with the fundraising side.

SO WHAT WILL GENERIS DO FOR ME?

With our experience, we pull from countless challenges we’ve met to give you more than just a general idea of how much your church might raise. We will assess your history and your current giving numbers in order to predict how much you might be able to raise. We will teach you how to generate the optimal amount of funding for your project through different avenues. We will give you the optimal plan for your church to raise the funds needed. Ultimately, we will help you make your God-sized vision a realistic possibility.

ANOTHER TYPE OF CAMPAIGN

Remember that the traditional capital campaign is not your only option. While that is supremely effective when trying to raise a significant amount of funds in a short amount of time, there are other options.

We believe that establishing a long-term giving culture is essential. One way to do this is with the One Fund initiative. While there are benefits to a traditional capital campaign, certainly, the One Fund is a way to categorize all raised funds to the general fund rather than pinpoint to one individual purpose. If you need to raise your giving in general, the One Fund approach might be for you.

In this case, the imperative purpose is to teach the congregation, in general, to give. From those who have never given before to those who regularly donate, this method can encourage further giving than whatever has happened previously. If the majority of your attendees are not giving on any given month (as research proves), the One Fund approach, while outside of the comfort zone, can be ultimately effective. The One Fund eliminates the confusion of multiple pleas for money and streamlines everything into one giving fund. It teaches the giver the fundamental principles of being generous, and that principle by and large transfers beyond the giving initiative.