An inclusive approach to accelerating giving that grows the ‘special’ funds as well as the general fund. 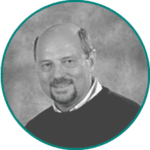 “Right from the start, Generis bought into our vision. They brought organization, expertise and accountability we wouldn’t have had otherwise. They listened to our heart and focused on the spiritual growth and unity of both the congregation and our leadership. It wasn’t all about numbers, but about how to move the people of God to embrace a culture of generosity. They helped us accomplish the vision God had given us. “
~ Brent Brooks, Senior Pastor, Reno Christian Fellowship

Chances are, you’ve found yourself on this page because you know you need to grow your giving and grow your givers. The traditional capital campaign approach has successfully been around for decades and continues to be an effective approach for accelerating giving and growing givers, but there are limits to its approach. Possibly for your situation, you are feeling those limits and are seeking fresh ideas for increasing giving in your church.

Possibly your situation is one of seeking to cast vision for your overall ministry, not just your specific building, mission, or debt project. Perhaps your situation is one where your people are so new – either to the faith or to the church – that you’re not convinced an “over and above” approach of a traditional capital campaign would serve them well.

IF THAT’S YOU, YOU’LL BE ENCOURAGED TO KNOW THAT THERE IS ANOTHER OPTION.

GENERIS CREATED THE ONE FUND WITH GIVERS IN MIND

We’ve utilized this approach with over 300 churches and have seen it not only accelerate giving towards the project of the church but also grow givers long term in their understanding and exercising of giving year-to-year as well. This unique approach does the following:

EXPANDS THE GIVING BASE AND ENCOURAGES NEW GIVERS.

In a traditional campaign, givers are encouraged to give “over and above” their regular giving. While many givers certainly do this, there are some people who give to the campaign in place of their regular giving. Additionally, the members of the congregation who aren’t giving regularly (or even at all) generally exclude themselves from giving to a specific project, assuming it is being directed towards the people who currently give something. “Over and above what?” is what they’ll say. The one fund approach invites everyone in to give, whether they currently give something or currently give nothing, and encourages them to grow in the totality of their generosity to the church – including both their current giving as well as expanded giving in this accelerated season.

THE ONE FUND GOES HAND-IN-HAND WITH TEACHING BIBLICAL PRINCIPLES OF GIVING.

Because of its holistic approach to giving (giving that isn’t parsed out between different funds), the one fund approach allows you to teach biblical discipleship from the ground up – both existing givers and new – and to match what they are learning biblically with how you are asking them to respond practically instead of dividing it confusingly between funds. So for example, as someone is learning about what it means to become a true, surrendered giver, they are applying this learning to their ENTIRE giving to the church, not just their ‘campaign’ giving and thus leaving their ‘general giving’ in some foreign pot that doesn’t get touched or talked about when we learn about biblical generosity. This approach lends itself well to giving that will surely outlast the campaign season because it is built on something much deeper than the project itself.

In a traditional campaign, the focus is often project and budget focused where in a one fund approach, it is giver focused. This not only allows you to teach differently but also allows you to cast vision holistically about your entire mission and not just a specific project or budget.

This approach takes everyday giving and the opportunity concept and puts it into one giving concept. The idea of “designated funds” is a church norm that is the comfort zone for many people. It can be scary or confusing to consider a different way of doing things, but with the one fund approach, you’re not trying to raise money for a specific project. You are trying to increase the overall giving, which in turn will end up funding that specific project. This wins because it streamlines the whole giving process, helping avoid giver confusion and ‘the death of a thousand cuts’ or divisive giving.

Both the traditional capital campaign and the one fund approach have merit in different situations. Be sure to contact one of our consultants to help guide you through which approach is right for you.